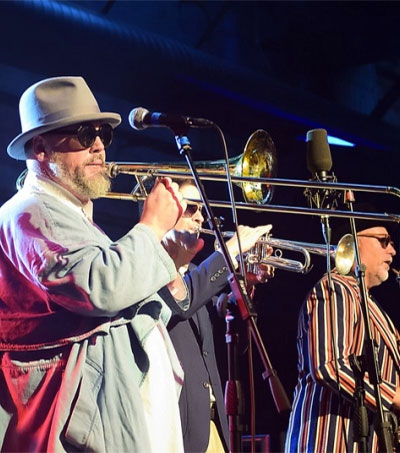 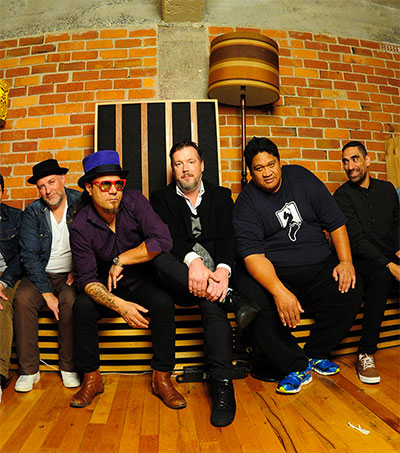 Internationally regarded as one of the world’s finest live draws, seven-piece band Fat Freddy’s Drop has a sound that has developed over the years, TNT Magazine reports ahead of the group’s show on the… 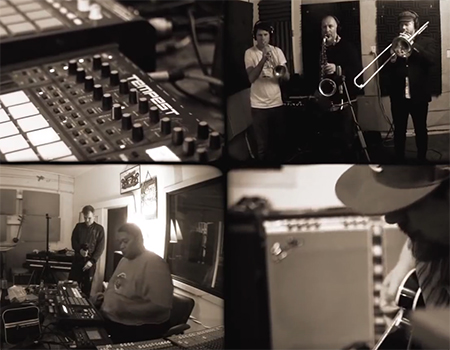 Listen to the the beats of Freddy’s BAYS Studio, Slings And Arrows jam session in the house. Fat Freddy’s Drop are a New Zealand seven-piece band from Wellington, whose… 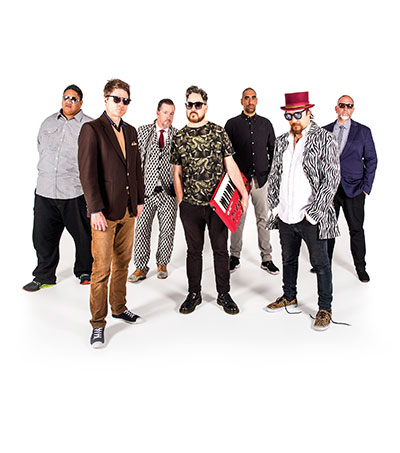 “Cult” New Zealand neo-dub outfit Fat Freddy’s Drop have released their fourth studio album, Bays, and according to News.com.au reviewer Cyclone Wehner, it is “more of an underground Berlin than Detroit vibe.” The septet, who… 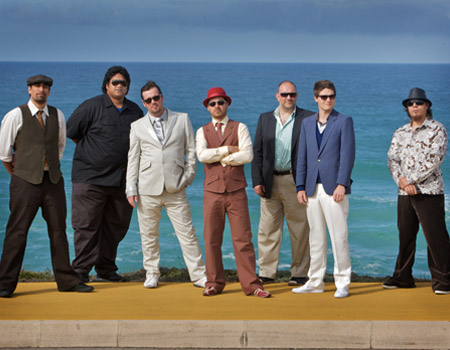 Fat Freddy’s Drop have a live jam at the Red Bull Studio, Wellington. The seven piece band formed in the late 1990s, and are known for a musical style… 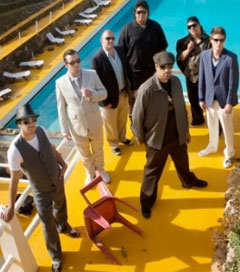 Dropping Soul-Dub in to Some Far-Flung Corners

Wellington septet Fat Freddy’s Drop “are spreading their infectious grooves all over the world,” according to The Sydney Morning Herald’s Paris Pompor. In a shrinking, fibre-connected world, the band find themselves in ever more… 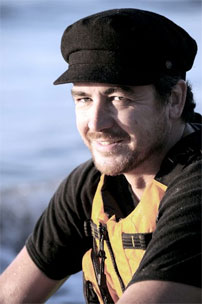 Fat Freddy’s Drop keyboard player Dobie Blaze features in the Irish Times weekly feature “Booking the Cooks”, in which the Wellingtonian reveals his secret recipe for ravioli of abalone with sea urchin butter. “When…

Wellington seven-piece dub/reggae group Fat Freddy’s Drop played a sold-out gig at the Bristol Academy and at Brighton’s Concorde2 in September on their European tour. Their live experience is now available in their latest…

Wellington’s beloved Fat Freddy’s Drop perform in Hawaii at the Maui Arts & Cultural Centre this month ahead of major gigs in Europe in September. According to DJ Fitchie, bandleader and producer, Fat Freddy’s…

Wellington band Fat Freddy’s Drop recently played three sell-out shows on the West Coast of the United States. The seven-piece dub outfit has been together for nearly a decade, yet only recently released its…

Wellington reggae seven-piece Fat Freddy’s Drop is compared to 70’s funk groups the Average White Band and War in a Guardian review of their latest nine-track album Dr Boondigga & the Big BW. The…

Wellington soul collective Fat Freddys Drop released their second album Dr Boondigga & the Big BW earlier this year, an album which according to Guardian reviewer Neil Spencer has an “infectious mix of retro-soul…

Dropping in on Europe

Wellington’s Fat Freddy’s Drop will tour Europe in November on the back of their latest release, the mammoth nine-minute track ‘The Camel’, which readers are offered free to download at the Times Online site…. 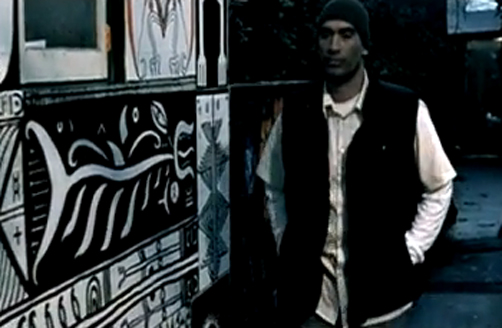 Incessant European touring appear to have paid off for Wellington band Fat Freddy’s Drop. The dub/reggae/roots collective won worldwide album of the year at the annual BBC Radio 1 Gilles Peterson Worldwide Music Awards for their…