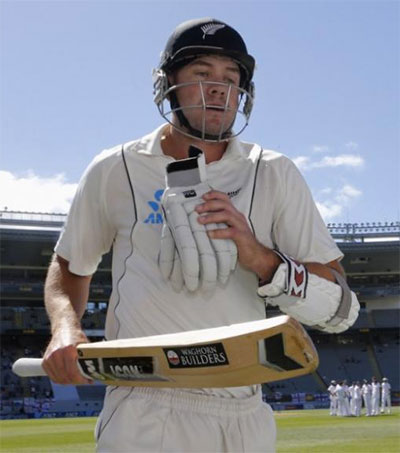 Former New Zealand batsman Peter Fulton has retired after a 16-year first-class career that was highlighted by two stints in the international arena. The towering 38-year-old, nicknamed ‘Two-Metre Peter’, made his first class debut in the 2000/01 domestic season and played 121 times for Canterbury, 66 of which were as captain.

Christchurch-born Fulton made his international debut in a one-dayer in 2004 against Bangladesh and had a roller-coaster ride for New Zealand, making the test side in 2006 as a middle-order batsmen and accumulating just 10 appearances in nearly four years before dropping out of contention.

He was recalled in early 2013 as an opening batsman against England and became the fourth New Zealander to score a century in both innings of a test when he scored 136 and 110 against the tourists at Eden Park in Auckland.

“When I was growing up I had dreams of playing for Canterbury and New Zealand, but when I was younger I didn’t think I was going to do it,” Fulton said in announcing his decision.

“From making my debut, I never would have thought I would play this many times and achieve these records for Canterbury.

“At that stage, I was just stoked to play one.”