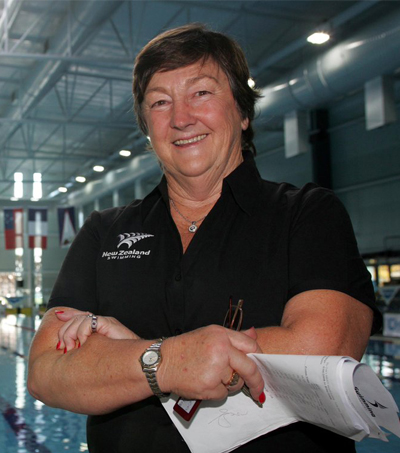 “The death of long-serving Australian swimming coach Jan Cameron is being mourned on both sides of the Tasman.” The Sydney Morning Herald reports.

“As Swimming Australia’s current para sport mentor coach, Jan was a much-loved member of our swimming family – staff, coaches, officials and athletes alike. Jan’s illustrious career has spanned all areas of swimming including as an athlete, coach and administrator,” Swimming Australia said in a statement, as reported in an article in Stuff.

“Jan will be sorely missed within the industry, by colleagues, coaches, athletes and all in the wider swimming community.”

“Sydney-born Cameron won a 4x100m silver medal at the 1964 Tokyo Olympics in a team featuring Dawn Fraser and went on to snare three Commonwealth Games medals.”

“She spent more than a decade at the top of the coaching tree in New Zealand and was the driving force behind the country’s first high performance program, before her resignation in 2011.”

Cameron’s most recent roles were as a top-level para-swimming coach in Australia.