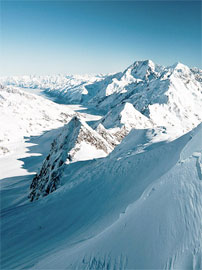 A study has found earthquake-prone New Zealand is even more unstable than previously thought, after Victoria University scientists discovered deep tremors lasting up to 30 minutes along the country’s biggest fault line, the Alpine Fault. The quakes, which caused no surface damage, occurred 20 to 45km beneath the Earth’s crust and continued for as long as half an hour, much longer than ordinary earthquakes. GNS Science estimates the Alpine Fault could generate a quake of magnitude 8.0 or higher. It says there is a high probability one will occur in the next 40 years, producing “one of the biggest earthquakes since European settlement of New Zealand [which] will have a major impact on the lives of many people.”