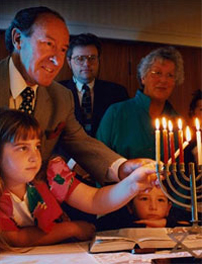 Mayor of Wellington Celia Wade-Brown has opened the capital city’s Holocaust Centre on Holocaust Remembrance Day — an “asset for all New Zealanders to reflect on the importance of harmony, diversity, resilience and survival.” “The centre’s contribution to understanding and overcoming racial prejudice, hatred and oppression is important,” Wade-Brown said. Among the guests were Israeli diplomats and dignitaries. The centre’s director, Inge Woolf, and her team spent three years building the centre. The opening included the unveiling of two suitcases belonging to two Jewish children sent to New Zealand by their parents to escape the war. There are around 700 Jews in New Zealand, mainly in Auckland and Wellington.