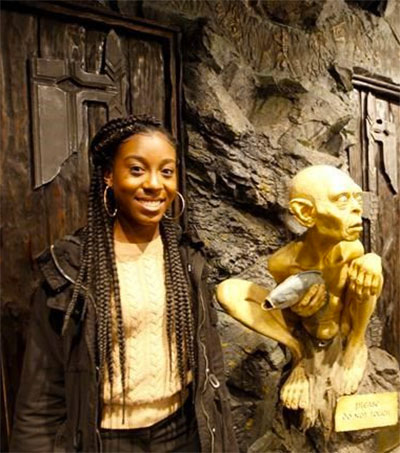 Student Tyah-Amoy Roberts, 17, one of 28 students from Marjory Stoneman Douglas High School in Parkland, Florida, said after spending a week in New Zealand that she’s strongly considering moving to the country for university.

The group of students has embraced the country during a trip to learn how to keep a youth movement going long after a tragedy fades from the head.

In February, the school was attacked by a gunman who killed 17 students and staff members; the students have become known for their passionate advocacy of gun control. They’ve been hoping to learn from New Zealand’s Student Volunteer Army, which helped citizens in Christchurch recover from a deadly earthquake in 2011 and continues its civic-minded work.

Roberts said she knew almost nothing about New Zealand before the trip, other than it was near Australia, got cold and windy at times, and had no natural predators. But she came away impressed with the emphasis on indigenous Māori culture.

“It’s been amazing. Eye-opening. New Zealand is a beautiful place with a lot of really, really nice people,” she said. “I haven’t met a mean New Zealander yet, and I doubt I ever will. And I really want to come back here.”

Roberts, who will soon start her senior year, said she wants to study chemical engineering and is considering doing that at the University of Canterbury.

Lisa Futschek, a regional director for government agency Education New Zealand which helped organize the trip, said she would love for the students to return.

“It’s been an absolutely amazing opportunity for students from different ends of the world to come together and share their ideas, share their experience, share their thoughts about sustaining a youth movement and becoming the leaders of the future,” Futschek said.