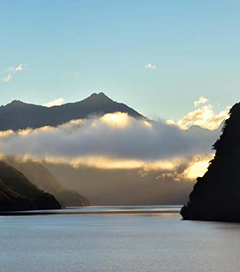 A New Zealand education documentary is to screen on Chinese television to a potential audience of 650 million. Entitled Dragons in the Land of the Long White Cloud, the two-part series aims to attract more Chinese students to study in New Zealand. It showcases the New Zealand educational experience and lifestyle, and tells prospective students how to apply to study. The documentary gives Chinese students the chance to see what life is like as a student in New Zealand, and aims to give their families the confidence to choose New Zealand for their children’s study. New Zealand’s own Gibson Group made the series for Education New Zealand, the Government’s international education agency. The documentary focuses on those considering studying in New Zealand; currently studying in New Zealand; or who have returned to China as alumni leading successful lives. ‘We want to show Chinese parents that New Zealand is a great place to send their children. As well as offering courses and qualifications that are globally recognised and well regarded, New Zealand offers a unique and exciting student experience that sets graduates up for rewarding careers,’ Tertiary Education Minister Steven Joyce said. Prime Minister John Key launched the documentary at the New Zealand – China: Celebrating a Strategic Education Partnership event in Beijing, during his recent China trip. The trailer for Dragons in the Land of the Long White Cloud can be viewed here.
Tags: Beijing  Dragons in the Land of the Long White Cloud  Education New Zealand  Gibson Group  John Key  Steven Joyce