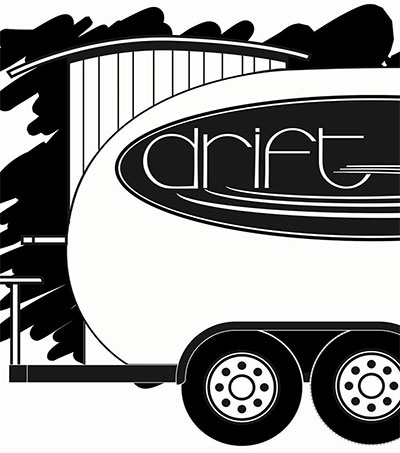 Rachel Hawken was born and raised in the Milwaukee area. But, she’s a Kiwi at heart. She’s bringing her love for New Zealand’s mobile café culture to Milwaukee in June when she launches her new food truck, Drift.

Hawken says she owes her love for the Pacific country, in part, to her husband Ryan, who is originally from Whakatane. He is managing director at Secure Parking USA.

In the six years they spent in Aotearoa, Hawken says she fell in love with the mobile food scene.

“They have these really cute little open-air pillbox campers,” she says. “And they’d set up at the beach where the surf clubs would gather. There are a lot of French-inspired trucks. There was one that served crumpets, and then a number of them serving savoury pies and coffee.”

Hawken says that Drift will feature a variety of New Zealand specialties, including savoury pies (in a collaboration with New Zealand-owned DUB Pies based in New York), sausage rolls, Vegemite on toast, anzac biscuits and coffee.

“We really want to provide an authentic Down Under experience,” says Hawken as she describes the savoury pies, which are made with a dough that’s similar to puff pastry. “There’s nothing like them here. They’re delicious and hearty, and just so good.”

The coffee itself will be sourced from Chocolate Fish Coffee Roasters, a Sacramento-based company owned by a family from New Zealand.