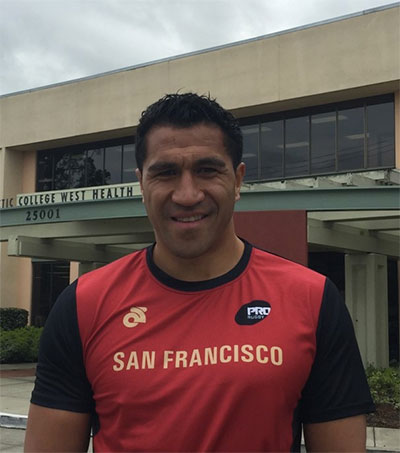 Mils Muliaina to Kick off in American PRO League

Helping kick start American rugby is former New Zealand fullback Mils Muliaina who played 100 tests for the All Blacks and who will play for San Francisco in the five-team league PRO Rugby tournament, which held its inaugural matches in Denver and Sacramento last month.

First-week attendance was estimated at 2300 in Denver and 3400 in Sacramento. It may not sound like much, compared with the NFL, the NBA or Major League Baseball, but organisers viewed it as an important first step in building the sport in the United States, where an estimated 1.2 million people play rugby, according trade group, the Sports and Fitness Industry Association.

The league is sanctioned by USA Rugby and World Rugby, the sport’s global governing body, which has allowed some rule changes to cater to the American audience. Sudden-death overtime will ensure there are no ties, while limited scrum resets will reduce delays in play.

Of the 102 contracted players, 54 have played international rugby, either the 15-a-side game or sevens, including 36 from the Eagles, the American national team, and six from the Canadian national team.

The foreign players include Muliaina, 35, who currently plays for Parma-based Zebre, an Italian club in Europe’s Pro12 league.

“What I’ve learned from these past few years in Europe is that you can’t really compare anything to New Zealand,” Muliaina said. “You can’t come in and say ‘Well this is how things work in New Zealand.’

“While I have the experience, going to the States with an open mind and being able to adapt to the way they do things is going to be crucial to making sure that things are successful in the transition.”