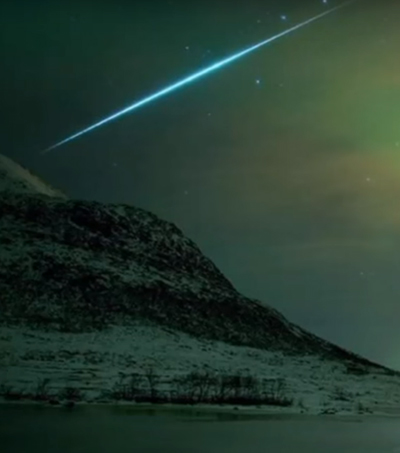 A meteor lit up New Zealand skies on Tuesday about 9pm. New Zealander Jono Matla was lucky enough to capture the meteor cutting its way through the sky.

It was “one of the most amazing things I’ve ever seen”, said Matla, who has been a photographer since about 2012.

“I’ve never seen anything, anything as big and bright as that one. I’m pretty stoked with it.”

The meteor burned out after about four seconds, but Matla had it on his camera — a striking green streak across the sky.

In West Harbour, Auckland, Eviie King described it as “a strike of silver then a flash of blue/green light”, while in Mirimar, Wellington, Anita Winkels’ husband thought a plane was crashing. Others believed the meteor to be an UFO.

The colour of the meteor — from orange to its striking green — would be down to the material it was made of, said Nigel Forst, Superintendent of Mt John Observatory in Tekapo, South Canterbury.

Covid may have made 2020 a year to forget, but amid the gloom there were plenty of positive moments, with countries like New Zealand and led by women having “systematically and…