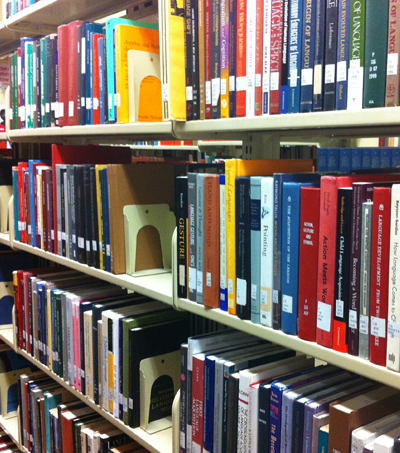 Auckland Library “has finally solved the mystery of why some books were going missing from its shelves,” writes Mark Molloy in an article for The Telegraph. When staff first discovered that books had been hidden in random places in the library, they thought kids playing pranks were to blame. Later they discovered “some of the city’s homeless population were hiding the books, explaining without a permanent address they were unable to sign up for a library card that would allow them to take the literature away.”

“As a solution, Auckland Library created a new section where books can now be left overnight and picked back up again the next morning,” reports the article.

“We actually have this service where you can hold it on the shelf, and you come back in the morning, pick it up and get stuck back in reading,” said librarian Sean Taylor.

“They are really well read. We’ve got a guy who I’ve had a discussion about the meanings of words and we’ll talk about the reference section and it’s the kind of intellectual conversation you’d expect from an academic.”

On Facebook Auckland Libraries said they “were proud to support readers from all walks of life.” The library says it “sees itself as a “home for the homeless” and holds regular cinema screenings and a book club for those sleeping rough.”

“I have heard first-hand the importance of libraries to our rough sleeping customers. One guy told me he moved to the city several years ago, and that none of his family back home knew he was homeless. He used our computers to keep in touch with them. It was his lifeline to his family,” said Rachel Rivera, manager of Auckland Libraries.

“They value our service, like many of our communities do, for different reasons. But they don’t always feel safe and welcome, and that is something we can and should take steps to address.”