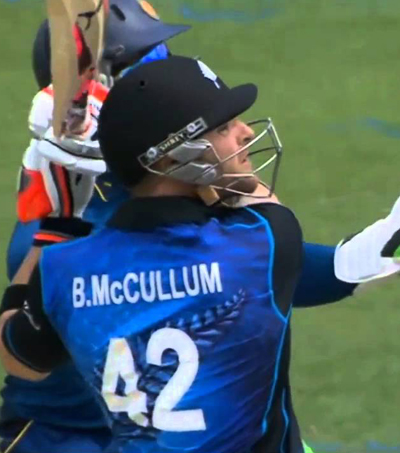 “In an incredible tale of leadership and introspection to the extent of soul-searching, Brendon McCullum, who retired from international cricket last year, opened up in an exclusive chat to Cricbuzz about why he decided to retire when he did” and much more, as reported in Cricbuzz.

When asked about his leadership style, which worked well for the New Zealand team over the last three years, McCullum said:

“My leadership style was very much about trying to rediscover the soul of the New Zealand cricket team; trying to bring back the essence of why we got into the game in the first place…. The last three years, we tried to bring back that real passion of just playing for your country.”

Many believed McCullum would continue to play cricket for another few years.

According to McCullum there were “certain events that unfolded over the last 12-18 months which challenged us (the team) a little bit, but I knew that my style of leadership would not last a long, long time.”

“I wanted to leave the game still loving cricket; still loving turning up and representing your country in the real sense of pride that you get playing for your country….In the end, I decided to leave after the Test matches, which is the purest form of the game, which I loved the most throughout my career, against our No.1 opposition in my home town,” said McCullum.

When asked about whether his decision was planned or whether it was a spur of the moment decision, the cricketer said:

“In all honesty, I didn’t have any more fight left in me for a T20 WC. Hence, I made the decision when I did and in the end I walked away from the game not just really proud of what I’ve been able to achieve, but proud of the people I’ve met, proud of the person I was able to become through those 13-14 years as well and have no regrets.”

He said that he was still a “massive fan of New Zealand cricket and the guys who are now taking the team forward.”

“His style of leadership will be really different but it will be probably more consistent in terms of professionalism… The team is now at a stage that it needs to go through that slightly more professional stage but keep the soul that we built up over the last few years and the essence of fun that we had. The team is in the right space.”