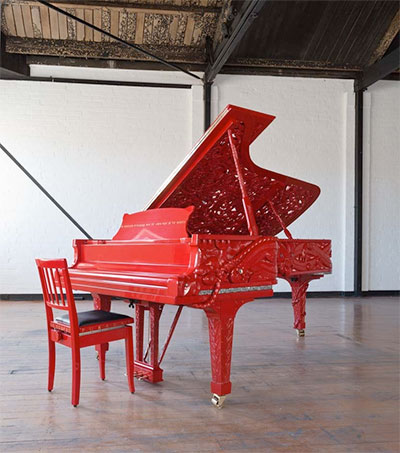 New Zealander Michael Parekowhai’s exhibition, The Promised Land, has opened at Brisbane’s Gallery of Modern Art (GOMA) and is expected to be a “local blockbuster” to rival the other imported one, David…

Unnerved: The New Zealand Project, an exhibition of 26 contemporary local artists in various media, including photography, sculpture, video, painting and installation has opened at the National Gallery of Victoria in Brisbane. The pieces…

Porirua-born artist Michael Parekowhai’s latest sculpture will soon be unveiled at Sydney’s Roslyn Oxley9 Gallery, Art World eports. “The sculpture is a groups of ten boys dressed up as American Indians, each of whom contemplate the viewer with…

Porirua-born sculptor Michael Parekowhai has been selected to represent New Zealand at the 2011 Venice Biennale. Parekowhai, 42, received the Arts Foundation of New Zealand Laureate Award in 2001 and works as an associate…

Indigenous Art in the Spotlight