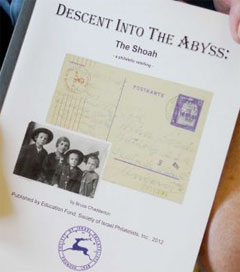 Aucklander Bruce Chadderton, president of the Philatelic Society of New Zealand, has had his book Descent into the Abyss: The Shoah — a philatelic retelling published by the Society of Israel Philatelists after one…