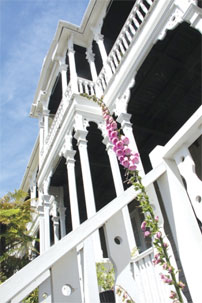 Fuss-Free and on the Cheap 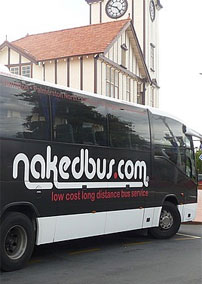 On the Bus on the Cheap

New Zealand is a popular backpacking destination for Canadians with its relaxed beaches, spectacular scenery and reputation for extreme fun. The Calgary Herald’s Sarah Deveau gives advice about how to travel New Zealand on…

Tramp of all Tramps

New Zealand boasts more “swoon-worthy tramps per square mile than anywhere else in the world,” according to  Backpacker magazine, and the notorious Milford Track is at the top of the list. “From Glade House…

The Tongariro Northern Circuit and Heaphy Track are two of the world’s best unknown treks, an 82-mile “one-two punch that delivers the full range of Kiwi highlights in nine perfect days — and without…

Been There, Done That

A selection of readers’ NZ travel tips appeared in the Guardian‘s travel pages this month. The information was gathered from the newspaper’s “I’ve been there” website, which features six pages of travellers’ suggestions for Aotearoa. The tips…

Not Just for Young ‘uns

MSN writer takes a leaf out of her post-collegiate travelling days and revisits the joy of youth hostels: “I was skeptical, but it turned out to be one of the best decisions we made.” She recommends…

Base Backpacker’s newly launched Sanctuary facilities – luxury, women’s-only levels in its Auckland, Wellington, and Christchurch hostels – featured in the LA Times‘ Youth Watch column. “With bungee jumping, backpacker buses and some of the best…

“Kiwi Experience, a hop-on-hop-off backpacker bus service that was created in New Zealand in 1998 proved such a successful concept that it became a blueprint for imitators around the world.”