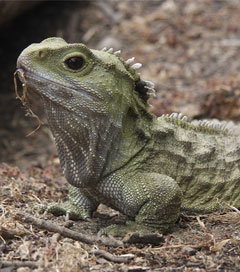 February 6 is New Zealand’s national day. Known as Waitangi Day, it marks the signing of the Treaty of Waitangi in 1840 between the British Crown and the Maori, New Zealand’s first peoples. Britain’s Daily Express celebrated Waitangi Day by sharing some amusing facts about New Zealand with its readers. The Express’s ‘top 10’ included that ‘sheep outnumber humans by 13 to one’, that ‘a tuatara [a sort of lizard] named Henry became a father at age 111, and that ‘New Zealand is the only country with the right to put Hobbit-related images on its money.’ P.S.  Henry is now 116. Sadly, or perhaps fortunately (for him), there are fears he is now infertile!