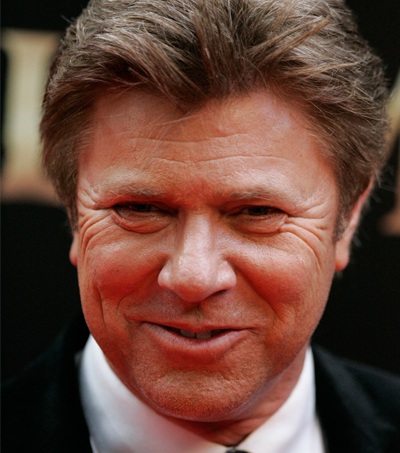 “As an entertainment reporter for more than 30 years, you’d have a lot to talk about,” writes Benjamin Potter in an article in the Daily Mail. He’s referring to Richard ‘Dickie’ Wilkins, who most people know as Today show reporter. Wilkins “is no stranger to a spectacle, having recalled some of his favourite music moments from his time in the industry, writing a column for The Sunday Telegraph’s Confidential on Sunday,” as reported in the article.

“It was always a who’s who backstage: actors, models, beautiful people, Kylie, Nick Cave, Bono, the Duran Duran boys, you name it, they were there,” Richard told Confidential.

“Richard spoke of meeting the late Prince and recalled a backstage sing-along with Michael Buble as well as seeing Michael Jackson jogging over a hill with the local army behind him.”

Wilkins also has a fascinating backstory. “Before he became a red-carpet regular, even before he was pop star Richard Wilde, Richard Wilkins was a teen dad from the north island of New Zealand,” reports The Daily Telegraph.

Wilkins said the birth of his son Adam in 1973, who has Down Syndrome and is now 44, forced him “to suddenly grow up”.

“I had the potential to be the black sheep of the family, certainly the potential to have a wild side. I fell in love with the new music. I was sort of ready to run with all of that, and then Adam came along. He forced me to grow up,” as reported in The Daily Telegraph.

After he left the band, he became a marketing executive at 2DayFM, then 2UW, and did some acting. Then came “the opportunity every muso and actor in Australia wanted, including Russell Crowe — host of the Australian version of MTV.”

“The gig turned Wilkins into hot property during the late 1980s” and he went on to be an unofficial spokesman for Australian music.” Earlier this year the television presenter celebrated 30 years with the Nine Network.