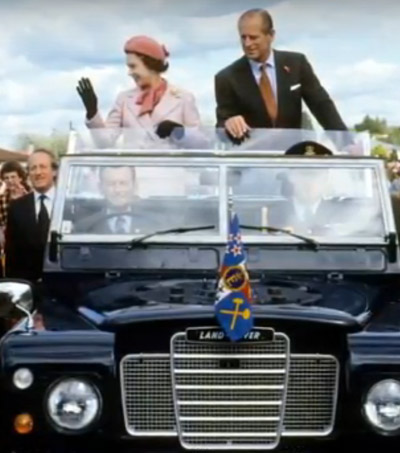 “A new report reveals how the government of New Zealand attempted to conceal just how close a young man came to assassinating the Queen during a diplomatic trip to the country in 1981,” writes Alex Green in an article for The Daily Mail.

“As the Queen paraded in front of adoring crowds Christopher John Lewis, a 17-year-old local boy from Dunedin, took aim with a .22 rifle”. “The shot flew past her head.”

Lewis, who “had become obsessed with exterminating the Royal Family”, “had missed and aside from a brief moment of distraction the parade continued, the crowd unaware of what had just almost occurred,” reports the article.

“In the aftermath shamed New Zealand police launched a cover-up operation to disguise the seriousness of the event, a new investigation reveals.”

“You will never get a true file on that. It was reactivated, regurgitated, bits pulled off it, other false bits put on,” said former Dunedin police officer Tom Lewis.  “He revealed the teenager’s original statement was later destroyed in an official cover-up.”

“The fact an attempted assassination of the Queen had taken place in New Zealand… it was too politically hot to handle. I think the government took the view that he is a bit nutty and has had a hard upbringing, so it won’t be too harsh,” said Murray Hanan, the would-be killer’s former lawyer.

Lewis “charge was later downgraded to possession of a firearm in a public place and discharging it,” reports the article.

At the time police told “press the distinctive noise was just a council sign falling over” and later another narrative emerged when “they said someone had let off a fire cracker nearby.”

“Two years later the same teenager attempted to overpower a guard and escape from a psychiatric ward where he was being held in order to murder Prince Charles, who was visiting the country in April with the Princess Diana and their young son, William.”

“After the incident Lewis was sectioned and police found clippings of the Royal family in his grimy flat, as well as a detailed map of the Queen’s route that day.”

“And in 1995 when the Queen returned, the New Zealand government sent the man on a tax-payer funded holiday to the Great Barrier Reef to ensure he would not launch another attempt,” reports the article.

“Lewis later went on to kill himself in Mt Eden Prisons in Auckland in 1997 – at the age of just 33 – while awaiting the trial of a woman and the kidnapping of her child.”

How New Zealand Is Coping under Lockdown

As the COVID-19 crisis continues, Forbes hears from their science contributors across the globe, including New Zealand-based Irish writer, Laurie Winkless who, over Twitter, asked a number of New Zealanders to…