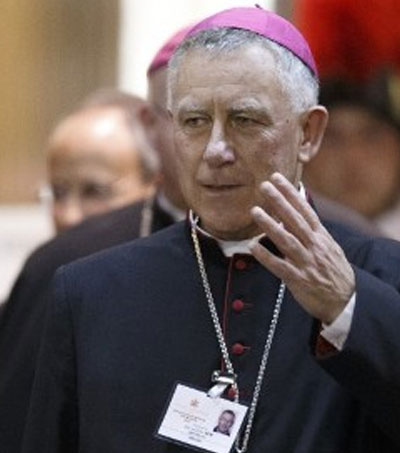 Pope Francis Reaches Out to the Edge

In a move that underscores his “campaign to reach out to the peripheries,” Pope Francis on January 4 named 20 new cardinals from far-flung corners of the world including Panama, Thailand, Cape Verde, Mexico, and New Zealand.

Wellington Archbishop John Atcherley Dew, the only native English-language speaker chosen by the pontiff to be wear the red hat, was born in Waipawa and studied at the Holy Cross College in Mosgiel before being ordained as a priest. He posted to the Diocese of Wellington in 1976 and became Archbishop of Wellington in 2006.

Archbishop Dew, who also is President of the New Zealand Catholic Bishops’ Conference, Bishop of the Military Ordinariate of New Zealand and the current President of the Federation of Catholic Bishops’ Conferences of Oceania (FCBCO) is noted for his progressive leanings. At a 2005 Vatican synod of bishops he argued in favor of allowing divorced and civilly remarried Catholics to receive the Eucharist, offering that “Our Church would be enriched if we were able to invite dedicated Catholics, currently excluded from the Eucharist, to return to the Lord’s Table.” Summing up his advocacy at last year’s Vatican conference on controversial family issues, including gay marriage and divorced Catholics, Archbishop Dew said the church must change its language to give “hope and encouragement.”

Pope Francis said he will “have the joy” on February 14 of presiding over the induction ceremony of the new cardinals and explained that his wide-ranging selection emphasized the Vatican’s “inseparable bond with the church of Rome to churches in the world.” 15 of the new appointees are under age 80, making them eligible to enter a conclave to elect the Pope’s successor. The first pontiff from Latin America, Pope Francis—who also bestowed the honor on five churchmen older than 80, including men from the pontiff’s native Argentina, Mozambique, and Colombia—has now chosen over a quarter of all cardinals able to vote for the next Pope.

“Needless to say I am humbled and honoured by His Holiness’ announcement and what this means for the Church in Aotearoa New Zealand and Oceania,” said Archbishop Dew. “For the wider Oceania region I am excited in the news that Bishop Soane Mafi from Tonga has also been named.”