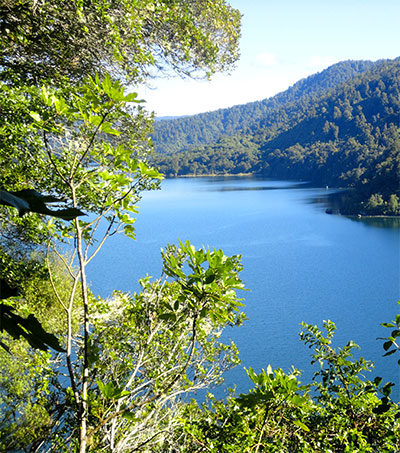 Former national park Te Urewera has been granted personhood with Whanganui River expected to receive the same status soon, the New York Times reports in a feature about the “undoubtedly legally revolutionary” decision.

The unusual designations, something like the legal status that corporations possess, came out of agreements between New Zealand’s government and Maori groups. The two sides have argued for years over guardianship of the country’s natural features.

Attorney general Chris Finlayson said the issue was resolved by taking the Maori mind-set into account. “In their worldview, ‘I am the river and the river is me,’” Finlayson said. “Their geographic region is part and parcel of who they are.”

From 1954 to 2014, Te Urewera was a 2127 km² national park on the North Island, but when the Te Urewera Act took effect, the government gave up formal ownership, and the land became a legal entity with “all the rights, powers, duties and liabilities of a legal person,” as the statute puts it.

“The settlement is a profound alternative to the human presumption of sovereignty over the natural world,” said Pita Sharples, who was the minister of Maori affairs when the law was passed.

It was also “undoubtedly legally revolutionary” in New Zealand “and on a world scale,” Jacinta Ruru of the University of Otago wrote in the Maori Law Review.

Personhood means, among other things, that lawsuits to protect the land can be brought on behalf of the land itself, with no need to show harm to a particular human.

Could this legal approach spread beyond New Zealand? Finlayson said he had talked the idea over with Canada’s new attorney general, Jody Wilson-Raybould.