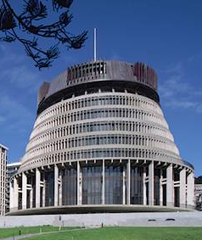 New Zealand is perceived as having the least corrupt government and public institutions in the world, topping the Corruption Perceptions Index 2011 survey. 178 countries were included in this year’s iteration of the annual survey, where nations are ranked on a scale from 10 (very clean) to 0 (highly corrupt). New Zealand scored 9.5 on the scale to take first place, an improvement on the nation’s 2010 result of 9.2 which saw it tie for first with Singapore and Denmark. This year’s survey saw Denmark and Finland tie for second with a score of 9.4, with Sweden coming third on 9.3. Transparency International New Zealand co-chair Claire Johnstone believes New Zealand’s win is a testament to the high levels of integrity and performance of those involved in the public sector. “New Zealand’s reputation for clean government is an important driver of economic prosperity,” Johnstone said. “But it is important that we do not squander of take for granted this reputation.” Two-thirds of the nations ranked in this year’s survey scored less than 5 on the scale, indicating that the majority of governments are neither transparent nor accountable enough and the group believes protests striking up around the world are a testament to this.