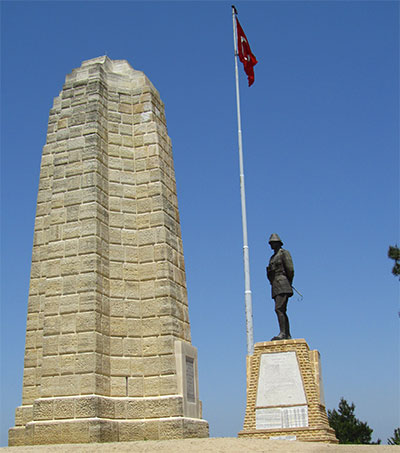 A battlefield centenary service has been held on a hill where nearly 850 New Zealanders were killed in two days of intense fighting during the Gallipoli campaign. Governor-General Jerry Mateparae was joined by hundreds of people for the service at the New Zealand memorial on Chunuk Bair.

As part of the service a stirring haka was performed by male and female Defence Force members in tribute to those who fought and died on the hill 100 years ago.

The battle for the summit on 8-9 August 1915, was the most significant and bloodiest New Zealand action of the Gallipoli campaign.

Sir Jerry told the crowd they were there “to honour some of the bravest men who have ever served our country”.

He said the service was also to honour the Turkish forces who suffered terrible losses in the battle.

He said he hoped that at the bicentenary of the battle in 100 years’ time “our descendants will be here, learning about our history, looking at the names on this memorial to the missing”.