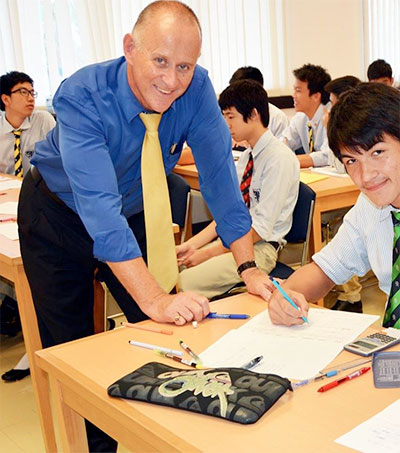 Author of educational programme the Art of Learning, New Zealander Lance King, has been invited to address students and their parents in Bermuda at the country’s oldest school, Warwick Academy.

King has delivered his programme to over 180,000 students in over 20 countries and has also designed the IB Approaches to Learning programme being implemented in some 3000 schools around the world.

Warwick Academy director of staff and student development Jill Finnigan said: “Lance King was recommended by someone who had heard him speak at a teachers’ conference some years ago. The teachers’ workshop was about motivation and success – if children are motivated generally they will succeed.

“I always learn something new from him and he reminds you why you a want to be a teacher. He helps you realise you can always try new ideas. It is refreshing for the island.”

In February, King will address pupils in Hannover, Germany followed by appearances in Toronto, Canada and in Mexico City.

He is from Raglan.