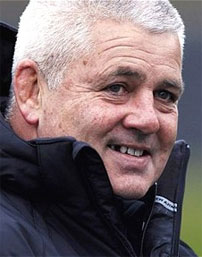 “The true mark of a man is in his swagger, according to Dunedin folk,” writes The Sydney Morning Herald’s Marissa Calligeros. “And there is no better indication of this than rugby played in its…

Was it morphic resonance that caused New Zealand sheep to start rolling across cattle girds at the same time as their Welsh cousins? Could a similar force be affecting sisterly novelists?