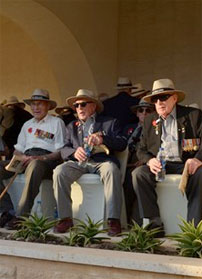 Twenty-one New Zealand veterans, aged between 88 and 96, attended a service in Egypt at the Commonwealth War Graves Cemetery on 19 October to mark the 70th anniversary of the…

NZ military veterans have applauded a court ruling that a former French serviceman died of leukaemia as a direct result of exposure to radiation at Moruroa. France has consistently denied that any harm was caused by…