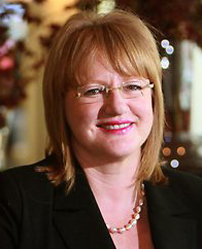 A million-dollar investment in gold bullion has kept Wellingtonian Theresa Gattung, 49, financially secure for the past four years out of the spotlight, but now the former chief executive of Telecom New Zealand (TNZ)…

Marketing entrepreneur Andy Lark is the latest New Zealander to land a top job at a leading US technology firm. Lark has been appointed global vice-president of marketing and communications at Dell, one of the world’s…

Managing Director of Vodafone NZ, Tim Miles, is to head the $12 billion UK  branch from April 2005. According to the NZ Herald, Vodafone went from 1.8 million mobile subscribers in late 2001 to…

One Computer to Rule Them All

The supercomputer used to create Oscar-winning special effects for the LotR trilogy is now for hire. Weta Digital and Gen-I (a Telecom subsidiary) have established the NZ Supercomputing Center in Wellington, where commercial and scientific research can…

Tips from the Top

Telecom NZ CEO, Theresa Gattung, interviewed in the SMH after figures from the second annual survey by the Equal Opportunity for Women in the Workplace Agency show a “miniscule” improvement in the Australian corporate world’s gender imbalance….

What Will Pinetree Think …

The All Blacks are using Telecom’s most state-of-the-art technology in their bid to win this year’s Rugby World Cup. Coach John Mitchell will be able to view streamed video footage of multiple angles of the game…

Ringing Up the Profit

Telecom NZ has made a NZ$703 million net profit for the past year, ending a four-year run of negative growth. The solid progress comes despite a troubled foray into the Australian market.

Dinner at the Gates