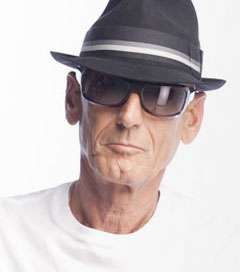 After more than four decades hosting Perth’s mix94.5 breakfast show, New Zealand-born radio announcer Fred Botica, 66, will be able to have a sleep-in ahead of a new shift in the afternoon drive program. Botica…

Ten years ago, Rod Stewart declared to Rachel “I found the girl I want, I won’t be putting my banana in anybody’s fruit bowl from now on”.