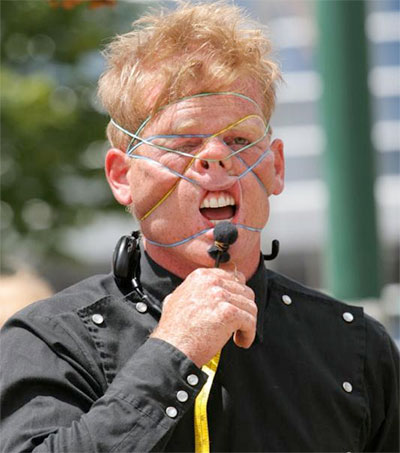 One of the newcomers at this year’s Scotiabank BuskerFest in Toronto was New Zealand performer Shay Horay, a.k.a. The Famous Rubberband Boy. Named the freakiest boy in show business, the self-proclaimed “Olympic-grade athlete in…

Rotorua has always been famous for its geothermal activity, now another ‘geo-‘ is making its mark around the city, less the sulphur. It’s the sport of geocaching, a kind of outdoor treasure-hunt practised worldwide….