New Zealand chef Monica Galetti recently devised a menu for the Maldives restaurant, Aqua. She is interviewed on the island by Jessica Burrell for Vanity Fair. It’s nearing sunset at Coco Bodu Hithi and Galetti,… 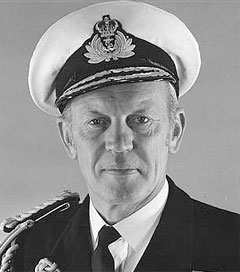 Decorated Lifetime of Service at Sea

Rear-Admiral Ted Thorne, who has died aged 89, was a New Zealander who was on hand when female naval personnel suffered their greatest loss of the Second World War. Wellington-born Thorne was under training in…

Third Time at the Top

NZ has been voted the world’s best holiday destination by readers of Britain’s Daily Telegraph. Around 30,000 readers took part in the annual survey, which is the largest independent analysis of British travellers. Second and third…

NZ mineral water Antipodes was reviewed by Michael Mascha, author of Fine Waters: A Connoisseurs Guide to the World’s Most Distinctive Bottled Waters, in the LA Times. “The soft, light bubbles (it’s artificially…