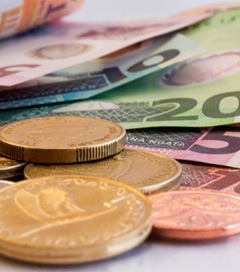 Top of the world

Former NZ Treasury official, Graeme Wheeler, has been appointed one of two managing directors at the Washington DC based World Bank. Wheeler, along with former finance minister for El Salvador Juan Jose Daboub,…

All the Money in the World

New Zealander Graeme Wheeler has been appointed Treasurer of the World Bank and in the process takes responsibility for a portfolio worth hundreds of millions.