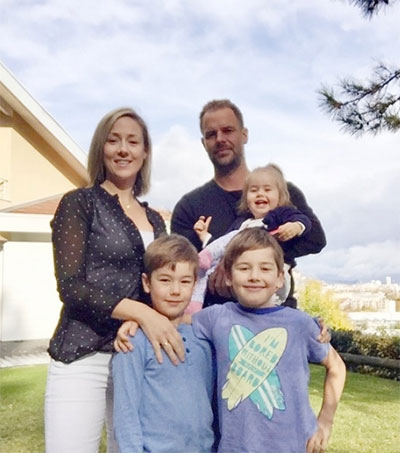 New Zealander Johnny Claxton, head strength and conditioning coach for Grenoble Rugby, 40, and his family moved to France in June 2017. Claxton’s wife, former Black Sticks player and double Olympian, Jaimee Claxton talks to the country’s English-language newspaper The Connexion about the move and what they love about their new home.

Christchurch-born Jaimee Claxton, 40, writes a blog called, Kiwi Mama of 3 about the good and the bad of relocating with children.

She says that her first priority was understanding the French school system.

“From there we researched suburbs that would be suitable and then used online estate agents to find properties in those areas and Google Maps to get a feel for them,” she explains.

Settling in is always hard, says Jaimee, who has also lived in Dublin and Swansea.

“I had to navigate a new country, figure out where to shop and how to get things done while dragging three kids along,” she says.

“Grenoble is such a friendly place. I found a café in town owned by a New Zealander and his French wife. They have made phone calls to the doctor for me and helped with my French, and mums at the school have been incredibly welcoming. However, Johnny and I are firm believers that if you really want to experience local life, you must meet local people.”

She says one of her top tips for moving to France would be to learn the language before you arrive.