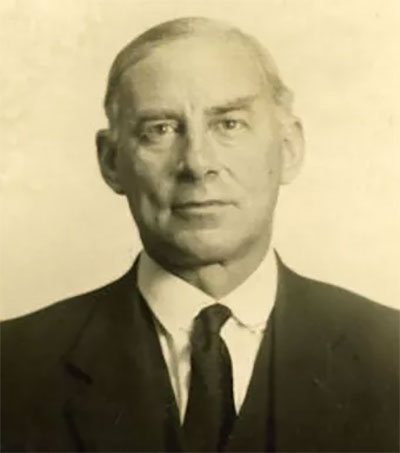 A journalist for London’s independent newspaper the Camden New Journal recalls the first public meeting he attended as a 16-year-old in Manchester, a meeting at which Wellington-born John Platts-Mills became his hero.

“It was a protest against the government’s policy in 1947 to hunt down the Jewish independence movement in Palestine led by a group called Irgun Zwei Leumi proscribed by Britain as ‘terrorists’,” John Gulliver writes for the New Journal.

“On the platform in the small hall were two main speakers – a fiery Methodist minister, Amphlett Micklewright, who would bend at the knee and cry ‘Chuck it Bevin’, a sharp reference to the foreign minister Ernest Bevin; and the tall, elegant, handsome Labour MP John Platts-Mills, member for Finsbury, who also attacked Bevin and the prime minister, Clement Attlee.

“I followed [Platts-Mills’] career in the late 1940s as he was expelled from the Labour group in the Commons as being too left-wing, lost his constituency, and made his name as a leading jurist.

“I actually lived near him in the mid-50s in St John’s Wood but never met him then.

“Then out of the blue, in the mid-90s, about 50 years later, I discovered he was still alive and, with a New Journal colleague, tracked him down to his roomy shambles of a large flat above his chambers in the Inner Temple off Fleet Street.

“We found him one Friday afternoon sitting propped up in a chair with a heavy cold or flu. He was 90 years old and still working as a QC. With him in the untidy flat was his junior who was discussing with him a case at the Kingston Crown Court involving two young people charged with violence.

“It was an extraordinary scene and I persuaded him to talk about his life while my colleague taped him. I can still hear his cultured, booming voice reciting the main landmarks of his life – how as a New Zealander, he came to these shores just before the outbreak of the Second World War; studied law, then enlisted in the army where he was recognised as a champion boxer; then elected as an MP for Finsbury; sent by Churchill to Moscow for special talks; then found himself expelled from the parliamentary Labour Party by Attlee for his close ties to the Italian socialist Nenni; and a subject of gossip in the Commons following an incident at the bar when he knocked down a Conservative MP who had been bullying the Communist MP Willie Gallacher.

“And now? What do I think of his contribution as a politicians and lawyer? He was a left-wing MP who stuck to his principles, never drawn to the greasy pole, and when he realised he could not achieve anything in naked politics without sacrificing his principles he chose to leave public politics – and concentrate on life in the courts. What a human being! And how puny politicians in today’s Parliament seem in contrast.”

Platts-Mills was made a QC in 1964. He was defence counsel to many clients, including the Great Train Robbers and the Kray twins.