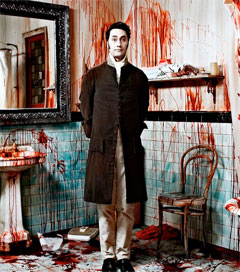 New Zealand horror comedy film, the Taika Waititi and Jemaine Clement-directed What We Do in the Shadows, will make its world premiere on 19 January in the Midnight section at the Sundance Film…

New Zealand’s only representatives at the Paralympic Winter Games in Salt Lake City, Rachael Battersby and Steve Bayley, do their country proud winning four gold and two bronze medals between them. “We didn’t have too many expectations”,…