A miniature variant of the NZ kune kune pig has become the must-have pet in Britain. Chris Murray, co-owner of Pennywell Farm in Devon, began breeding the pigs nine years ago. He crossed kune… 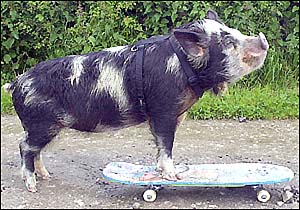