New Zealand’s reputation as one of the world’s leading producers of high-end wine was reaffirmed at this year’s International Wine Challenge in London where it won international trophies for both Syrah and Sauvignon Blanc….

Central Otago vineyard Bald Hills has continued its remarkable winning streak with three more major international awards for its 2005 Pinot Noir. The wine beat 4,760 other entries to take the Champion Red award at the International… 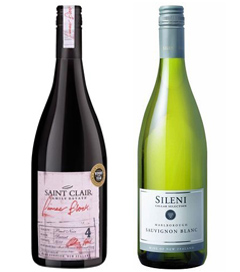 NZ doubled its gold medal count from 2004 at this year’s International Wine Challenge in London, picking up an impressive 15. This gold increase was almost entirely due to red wines, showing that the…