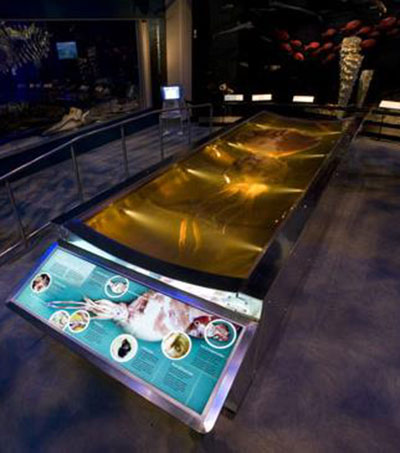 Seven years after a New Zealand museum captured the world’s attention with the first colossal squid, a second of the mammoth sea creatures has been added to Te Papa’s collection. Wellington scientists are excited by…

Dozens of giant squid have washed up on New Zealand beaches, but no one has yet sighted the  monster alive.

“There She Goes.” Moby Dick Move Over as Hunt for Giant Squid Begins

That 19th Century tale of adventure on the high seas is about to be challenged by a 21st century adventure beneath them, when Jean-Michel Cousteau dives off New Zealand’s Kaikoura coast in search of the mythical…