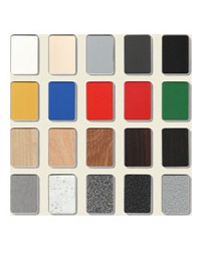 Auckland-based construction giant Fletcher Building Ltd has announced it is to build a new laminates plant in China through its Formica Group unit. Formica, which designs and manufactures laminates, would build its second China…

Though a regional disaster for most, the 7.1 earthquake which hit Christchurch in September will generate some serious business for New Zealand’s largest construction group Fletchers. While acknowledging the tragedy of the earthquake, investors…

NZ has lost two of its leading business figures with the deaths of Sir James Fletcher and Nick Nobilo (pictured) on August 29. Fletcher, 92, became Managing Director of construction dynasty Fletcher…

Going All the Way

John Hood continues to shake the cloisters at Oxford University in his attempts, as Vice Chancellor, to secure the venerable institution’s status as an academic powerhouse for the 21st century. A former CEO with Fletcher Challenge…

In Chicago Beach did Fletcher a stately pleasure dome build

Fletcher Construction was the managing partner in the construction of the world’s tallest hotel, the hyper-luxury Burj Al Arab Hotel in the United Arab Emirates. The facade, designed like a giant sail represents an…