One of Briton’s most popular MPs before being expelled from the Labour party for communist sympathies, New Zealand-born John Platt-Mills is still a practicing lawyer at 94. “Is there anything else he wants to achieve? ‘Yes, I’d…

“They’re funny things, kiwis – like big hedgehogs with bird bits sticking out, and they snuffle around with their heads to the ground.” An anxious Brit birdwatches as an adrenaline-free alternative to “catapulting about the place”.

New Zealand’s Reserve Bank is a model for a proposed independent committee of economic advisors in Britain.

Britain’s Chief Statistician, New Zealander Len Cook is “in the hot seat” over the accuracy of official figures.

Can you catch apotemnophilia, the desire to become an amputee? A spate of recent “voluntary amputations” performed in Britain take their cue from work by ground-breaking but controversial New Zealand sexologist John Money.

New Zealand-born lawyer Denise Kingsmill, new deputy chairwoman of the UK’s Competition Commission, relishes her title as “the most feared woman in Britain”.

Michael Wills’ mother was a New Zealander, and his father an Austrian. Today he is charged with putting British patriotism on New Labour’s agenda.

New Zealand scientists from the National Institute of Water and Atmospheric Research have been collaborating with their Australian and British counterparts in experiments that may hold the answer to global warming. By adding extra iron to the…

British energy companies are looking at the Stirling engine produced by NZ company WhisperTech. By 2025, 13m households in Britain could have their own little power station installed with this  technology.

Guinness Peat Told to Bugger off and Have a Beer

‘Echelon’, a mysterious spy network between the United States, Britain, Canada, New Zealand and Australia, has come under fire from the European Union, as well as defenders of civil liberty. The station at Wahopai, in the South…

New Zealand Versus the Mother Country: A Titanic Struggle

We’re obviously not talking rugby, but earthworms. Visitors to the University of Dundee’s Botany Department got to see a titanic struggle of earthly proportions, with the New Zealand flatworm attacking and overwhelming its British cousin – the…

“He Who Laughs Last …”  Kiwi Wines Now the Benchmark

Colonial upstarts from the all parts of the Empire are conquering Britain. As renowned wine merchant Simon Berry ponders regretfully, “We laughed at New Zealand 20 years ago, and now they are benchmark wines.”

0800 GAZZA – Personalised Phone Numbers Up for Sale in Britain

Henry Newrick, a New Zealand entrepreneur, who brought the idea to Britain, says, “They will change the way people think about phone numbers and make them more memorable and certainly valuable”. 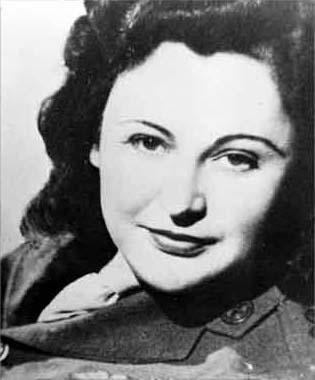