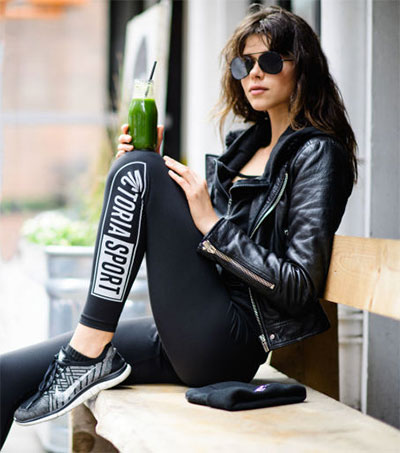 Move over Kendall, Gigi et al – the next “It” girl is New Zealander Georgia Fowler, who features on the March issue of Australian Harper’s Bazaar.

The 24-year-old New York-based model was fashion’s quiet achiever in 2016, securing spreads with French Vogue and walking in the Victoria’s Secret show in Paris.

“There were definitely some tears when I got the job because it was a long time coming and something I had really worked for,” Fowler said of her VS prep fitness regime that included Pilates, boxing, spin and weight lifting.

“We have been wanting to create something special with Georgia for quite a while but her schedule is insane,” Bazaar editor-in-chief Kellie Hush said. “Fortunately for Bazaar she had a three day window just before Christmas so we grabbed the opportunity and met her in Shanghai to shoot our March cover story. She is a superstar in the making and is a true professional so it’s a privilege to be a part of her trajectory.”

While Fowler remains coy on confirming or denying the rumours that swirled in 2015 of her reported relationships with pop star Harry Styles and Leonardo DiCaprio, the model is more comfortable speaking about her “best friend” – older sister Kate.

Both sisters were scouted as models in their teenage years with agents signing a 12-year-old Georgia when she accompanied Kate to a casting.

“We are a very close-knit family.”