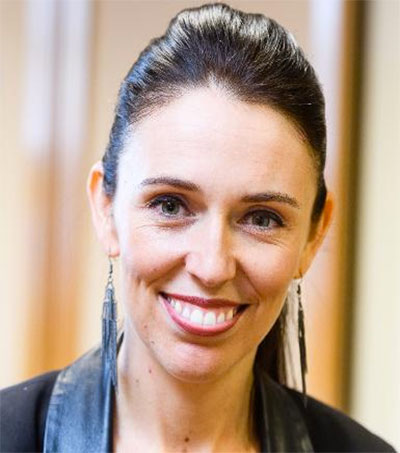 Jacinda Ardern One of World’s Most Powerful Women

Prime Minister Jacinda Ardern has made the Forbes 2017 World’s 100 Most Powerful Women list, coming in at No 38.

The 2017 list identifies a new generation of icons, game-changers and gate crashers who are boldly scaling new heights and transforming the world. This year’s ranking, the business magazine’s 14th edition, is nearly one-quarter newcomers who are stepping into power in politics, technology, business, philanthropy and media. That should give everyone hope.

“Having risen to power on a tide of ‘Jacindamania,’ the new prime minister of New Zealand is 37 years old – the youngest female leader in the world, and New Zealand’s youngest PM in 150 years,” the publication writes.

“Ardern grew up in a Mormon family but left the faith because of its opposition to same-sex marriage. Previously the president of the International Union of Socialist Youth and now in charge of New Zealand’s Labour Party, she promises an ‘empathetic’ government, with ambitious plans to tackle climate change and eradicate child poverty. In her spare time, she likes to DJ.”