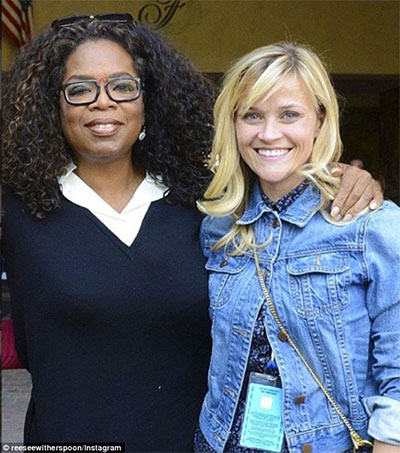 Celebrity Endorsements Around Every Corner

She lives in one of the most picturesque and exclusive areas in California – Montecito. But even media mogul Oprah Winfrey, 63, was blown away by New Zealand’s stunning views, while taking a break between filming scenes for the Disney movie A Wrinkle in Time, Benge Nsenduluka and Greg Styles report for Daily Mail Australia.

“Around every corner yet another breath taking view. #ilovenewzealand,” Winfrey captioned a mountainside snap of the South Island.

Witherspoon, 40, was equally as captivated with the actress posting her own snap of the scenic views.

“New Zealand, why are you so magical? #nofilter because nature,” she wrote.

The Disney project, which has a budget of over US$100 million, is based on the fantasy novel by Madeleine L’Engle and is currently shooting at Hunter Valley Station near Lake Hawea.

The plot centres around the daughter of a government scientist, who is sent on a mission to find her father by three mysterious women after his surprise disappearance.

The trio of supernatural beings, known as Mrs Whatsit, Mrs Who and Mrs Which, will be played by Witherspoon, Mindy Kaling and Winfrey respectively.