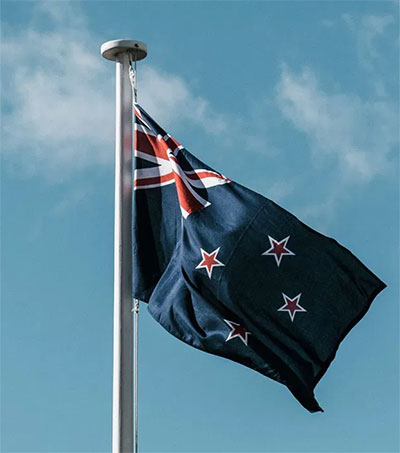 “Since the start of the novel coronavirus pandemic, New Zealand has drawn global attention for the effectiveness of its response,” associate professor of law at American University’s Washington College of Law Rebecca Hamilton writes in an opinion piece for The Washington Post. “But in recent weeks it has experienced an uptick in infections – even prompting President Trump to sneer at what he called its ‘big surge’. Perhaps he’s just jealous. In fact, New Zealand’s response to the change in its fortunes offers a case study in how a responsible government should react to the pandemic.”

“‘One of the most important lessons we’ve learnt from overseas is the need to go hard and go early,’ Prime Minister Jacinda Ardern said on 11 August, as she informed the public of her government’s response to the country’s first case of community transmission in 102 days. Going hard and early was exactly what the New Zealand government proceeded to do,” Hamilton writes.

“The daily news briefings in New Zealand are like a window on a parallel universe compared with the sparse, incoherent and often contradictory briefings offered by Trump. Ardern and other high-level officials calmly walk listeners through new information they have received in the previous 24 hours, and respond to tough media questions with respect.

“To an American eye, the measures the New Zealand government has taken in the past two weeks are breathtaking. Yet it is [the] underlying policy ethos, marrying strength with kindness, which might be key to New Zealand’s enviable position throughout this pandemic.”