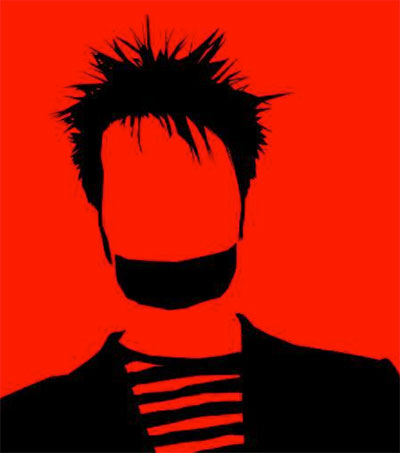 He doesn’t call himself a mime, but he swears that’s only “because I know there are people out there who have trained as mimes and are very, very good. Whereas what I do is more just entertaining, I suppose.”

“My style of mime is certainly more accessible and people seem to go for it a bit more,” Wills adds.

The 38-year-old became a three-year hit at Edinburgh Festival Fringe and a solid touring attraction in the UK, where he was more formally known as The Boy With Tape On His Face.

Competing on America’s Got Talent last summer brought instant US recognition to the comic silenced by a big strip of gaffer’s tape over his mouth, making weird magic out of everyday props such as oven mitts and plungers.

The Las Vegas show will be a greatest-hits compilation, “my best material, with the thread line of one of my Edinburgh shows, which was the most interactive and the most fun one, I found,” he says.

But no matter how well Tape Face does at the Flamingo, Wills has to close 7 May to take his show to the West End for seven weeks starting 6 June. After that, who knows? “I’ve got my house and my family in the UK,” he says. “And for me, the world is a cool place to travel and see things.”