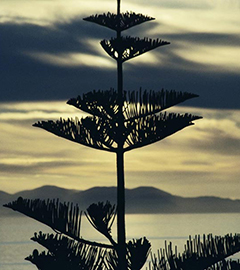 More than 75,000 people voted on 15 different categories, making it one of the most authoritative and comprehensive travel surveys in the world.

This is the second time New Zealand has won the ‘Best Country’ accolade, and this year it had some fierce competition in runners-up Maldives and Burma.

On the Telegraph website, travel writer Mark Chipperfield said, “The Land of the Long White Cloud casts its spell over many people in many places, but seems to exert a special hold over British travellers with its mix of old-fashioned Englishness, stunning alpine scenery, vibrant Polynesian culture and obsession with extreme sport.

“The fact that it also produces some of the world’s best sauvignon blanc and pinot noir adds to its charm, while the quality—and freshness—of Kiwi cuisine continues to impress.”

When elaborating on the appeal New Zealand holds for British travellers, Chipperfield mentioned the comparative lack of traffic, ease of transport, and welcoming locals.

“The country’s single biggest tourism asset is surely its people, who are friendly, relaxed and a little eccentric. Passionate travellers themselves, New Zealanders are the world’s most natural hosts.”