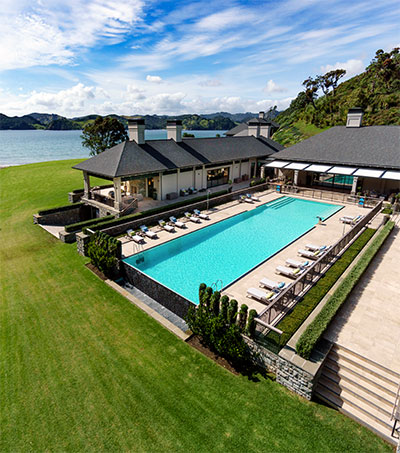 From the Himalayas to the Highlands and south to New Zealand, a panel of travel industry leaders have picked the hottest destinations for the coming year in a feature for the Financial Times.

While some travellers will always yearn for the new and exotic, a sobering trend of 2016 and 2017 has been the retreat to “safe haven” destinations, according to the FT.

Recent openings include Helena Bay (pictured), which launched in November, a collection of lavish two and three-bed villas overlooking the beach and surrounded by 800 acres of fields and forests, and Marlborough Lodge, a 10-bedroom boutique hotel in the heart of the Marlborough wine region. The British and Irish Lions rugby tour in June and July, and the World Masters Games in April, will also boost visitor numbers and generate overseas television coverage.