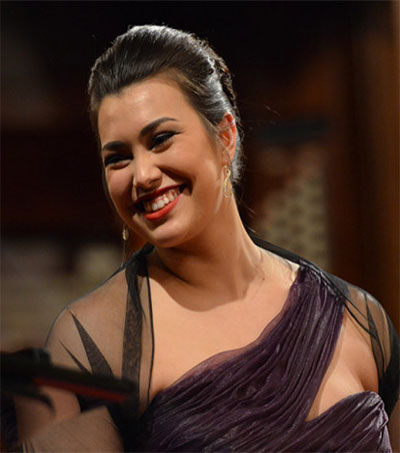 “Moore was the spine-chilling Angelica, her voice cleaving the concert hall, her agony palpably real,” Janos Gereben writes for the Voice. “Puccini’s drama is borderline excessive here; the role tests even a seasoned pro. Here at the Conservatory, Moore, Jasmine Johnson [who plays Angelica’s cruel aunt], and the entire production lived up to standards well beyond academia.”

Moore holds a Bachelor of Music and a Postgraduate Diploma in Voice Performance from the New Zealand School of Music. She is the winner of the 2014 Lexus Song Quest.