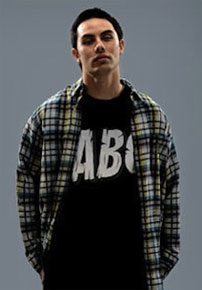 “New Zealand’s finest” hip hop star Aucklander David Dallas, who recently signed with US label Duck Down Records, reveals plans for a return to America in July and says that he’s not troubled by those who may doubt an Antipodean in the rap game. “With his recent free release, The Rose Tint, gaining video plays on MTV, a shout-out on Kanye West’s blog and backing from Duck Down, Dallas seems to be attracting buzz in all the right places. After immense success locally — his debut, Something Awesome, reached No. 1 on iTunes in New Zealand and won best Urban/Hip Hop Album at the 21 New Zealand Music Awards — Dallas is now looking to bridge that success to American shores.”