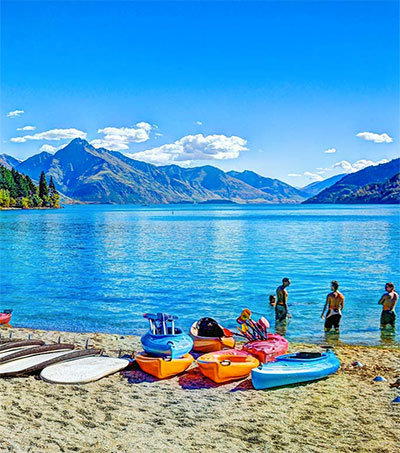 Adventure capital Queenstown will be the New Zealand guinea pig for a new wave of tourism – Airbnb Experiences.

The global travel company announced the launch of Experiences – allowing people to book “immersive” tours and activities with individual local hosts – at its annual Airbnb Open conference in November.

Experiences, part of the wider Trips platform, rolls out world-wide in 2017, with Queenstown among the first on the list – and the only confirmed location so far in New Zealand.

Julian Persaud, Airbnb’s regional director for Asia Pacific, says Queenstown was an obvious choice. British-born, Persaud is married to a New Zealander and so has spent plenty of time exploring the city.

“I pushed for Queenstown,” Persaud explains. “It is such a great outdoors place. Queenstown is the home of the bungy jump. Our family has been there in both summer and in winter – it is a year-round destination.”

Many of the Experiences offered already on Airbnb are based around food, fashion, music, urban living – as you might expect, given home cities such as Los Angeles, London, Havana and Seoul. Persaud says Queenstown’s natural wonders offer something different.

“What was emergent was that we needed to have outdoor pursuits as well. We wanted to provide some diversity. It’s important that we cater for all interests.

“Kiwis have a unique culture, and are down-to-earth in terms of the experience they can give.”

Airbnb are already accepting applications from those in Queenstown who have a passion or interest, which they want to share with visitors.