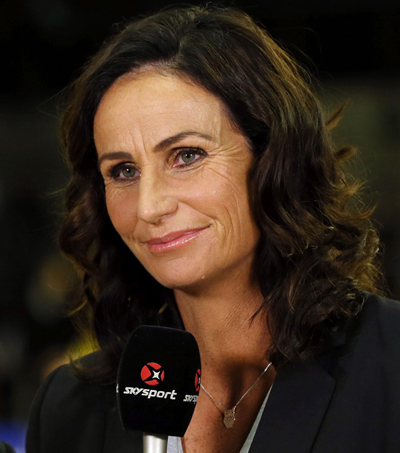 “Former Silver Fern netballer Tania Dalton has died peacefully in Auckland, nearly a week after suffering a brain aneurysm,” as reported in The Guardian.

Dalton suffered the internal aneurysm during a social game of touch rugby in Takapuna last Thursday and never “recovered after being admitted to hospital in a critical condition, having suffered massive blood loss and a loss of oxygen to the brain for an extended period.”

Dalton was hailed as a fun-loving, at times irreverent character, earning praise for her ability to balance motherhood with an extended and successful sports career.

An article in The New Zealand Herald describes her as “magnetic” and states: “Whether it was on the court, coaching, broadcasting or in business, Dalton’s joie de vivre was never far from the surface.”

“Dalton had a rare talent. She possessed a speed, athleticism and agility not often seen in shooters of her height, making her difficult proposition to mark in the goal circle. She had a knack of being able to get the ball close to the post, using her footwork to shake defenders and create scoring opportunities. Her signature move – the goosestep along the baseline – matched her cheeky nature,” reports the NZ Herald.

“Numerous former team-mates and netball identities have expressed their sadness and support to the family over the past week.”

“Tania made you feel like you were her best friend. She just lit up a room whenever she was in it,” said Jenny May Clarkson who played in the Silver Ferns with Dalton, as reported on TVNZ.

“And she just had that aura about her in that she was just, in herself she was so happy, she was just such a positive person. And so she radiated that and anyone who came near her felt that.”

Former national team manager Sheryl Wells said: “She was a Pied Piper, like a gatherer of people. Whenever you saw Tania, there were always a group of people around her, usually laughing, because she was so much fun and had a gift of making everyone feel special.”

Tania Dalton was part of the 2003 world championship-winning team, and also played for the Northern Force and the Southern Sting, helping the latter to three national titles. After her retirement, she became a well-known television commentator.