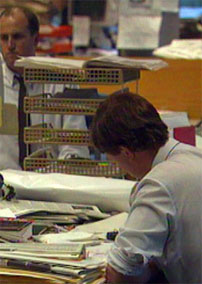 NZPA To Close After 132 Years

New Zealand Press Association Chairman Michael Muir said the board of the 132-year-old agency has ordered a review to determine whether it could keep operating, and that NZPA would be closed within six months. The agency was founded in 1879 as a cooperative that collected local stories from newspapers around New Zealand and distributed them amongst its members, saving each paper the cost of providing its own coverage in other parts of the country. In 26, the copy-sharing agreement ended and the agency became responsible for producing all of its own content. Fairfax said it was ending its association with NZPA because it was bolstering its own newsgathering and no longer needed the agency. “We are the biggest funder of NZPA. We have provided a lot of our content for a number of years,” Fairfax executive editor Paul Thompson said. Andrew Little, national secretary of the Engineers, Printers and Manufacturers Union that covers journalists in New Zealand, said: “It’s a very sad day for New Zealand journalism. But in many ways it’s been a case of death by a 1 cuts. There has been a progressive move towards this decision with questions having been asked for some time about NZPA’s future viability.”